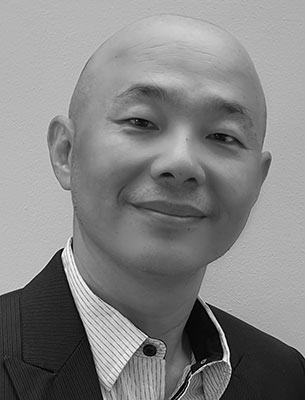 What is the new future-ready paradigm for leaders?

The exponential growth of the coronavirus, as well as a shrinking and shifting economy, is creating new norms and a new paradigm for leaders. But what is the paradigm that will help leaders be future-ready?

Although it varies by industry, there are several commonalities in the new norms affecting all organisations. Working from home; digital acceleration; financial trade-offs with companies forced to use their margins to survive; and business resiliency are all key aspects that need to be acknowledged. There has also been an extraordinary change in emphasis on Environmental Social Governance (ESG) issues with investors demanding more responsible leadership, financing and responsibility. What was previously a regulatory “have to” is now expected. Another of the norms affecting the paradigm is innovation, which has increased in importance in building success and competitive advantage.

Companies will adapt to new norms in different ways. Whatever the new norm, it involves changing an agreed mindset with the new culture of an organisation adapting to the changing world. Microsoft recently announced the permanent closure of their retail stores and moved to operate totally online.  However, this contrasts to Amazon’s recent planned acquisition of American Department store chain, JC Penney, to enhance beyond their distribution and fulfilment capabilities.

So, two of the world’s most prominent players right now are reacting in entirely different ways with one is pulling out of bricks and mortar retail, while the other is getting in! It’s all about perspective on what a physical presence means to businesses. So, perhaps Microsoft should have viewed their physical store differently, instead of merely seeing it as a declining retail store?

“So, wearing the correct lens is important in my view, because a new norm is basically a paradigm shift in the way we think about businesses perspectives and the way we make decisions.”

While companies can engage in M&A activity to quickly adapt to the new paradigm, there are other growth strategies that they can employ to help them recover post-COVID-19? IMD, the business school in Switzerland, looked at 6,000 companies in the last 30 years.  And they answered that you need a combination of things to succeed.

When we look at the Top Ten most valuable companies in the world to see which ones have thrived over the years despite disruption, it is clear that software-led companies are the most resilient. They continue to grow in value despite the pandemic crisis. In June last year, Microsoft was Number 1, followed by Amazon, Apple, Google, Facebook and Ali Baba.  All top eight companies are software and platform companies, including Apple (which are driven by their software platforms). More recently, the Top 7 were Apple, Microsoft, Amazon, Google, Facebook, Tencent and Alibaba. Apple grew by 70% from last June, Microsoft grew by 50%, Amazon grew 45%, Google 22%.

Everyone is suffering at the moment, but some organisations are still growing. To move the needle, all companies need to start thinking, behaving and becoming like software-led players. These are the disruptors and ones that will thrive in disruption. Acquiring new capabilities and/or platforms via M&A will not only serve the company needs but will likely help pivot and transform companies to thrive in the disruption era. For leaders to succeed in the future, they need to acquire capability platforms, that are not just serving their own company needs but enable an opportunity with this new competency to thrive during this destruction period and be future-ready.