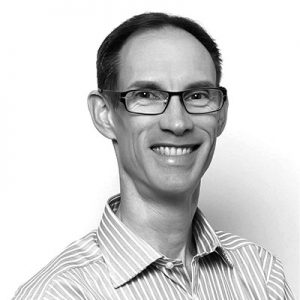 Originally from the UK, Ian has lived and worked in Southeast Asia for nineteen years. The last nine of those have been spent coaching and mentoring over sixty executives and business owners.

He was formally certified and licensed as a coach in 2006 and is now one of only two Gazelles certified coaches in Singapore . A key attribute of Ian’s is helping to simplify complex ideas and creating practical step-by-step actions that generate positive momentum and results.

Having a Bachelors degree in biochemistry and a Masters degree in computing, Ian’s earlier education was spent in scientific and technology environments. This brings a practical and useful dimension to improving business performance. His experience helps him clearly define business problems with clients and leads them in developing specific solutions that create tangible and quantifiable results. He’s also worked in some of the most famous global corporates including Bloomberg, Lloyd’s of London and Thomson Reuters (Hong Kong).

His earlier professional years were spent in I.T. support, project management and later managing a 24×7 global network operations centre. His experience running his own I.T. security business taught him that a specialist technical education is not the only thing you need in order to run a company or lead a team!

As well as working individually with companies he conducts seminars and workshops for larger audiences. Popular formats can extend up to half-day and full-day sessions. In addition to working with his own clients he’s also an adjunct coach with the iClif Leadership and Governance centre, a subsidiary of Bank Negara, Malaysia.

He’s married to Carolyn and they have one son. He’s also a keen motorsports enthusiast, cyclist, runner and musician. He spent four weeks cycling through Europe and back-packed solo around the world for 9 months. He plays golf, tennis, badminton, squash, football and cricket. He also raced a go-kart in licensed events for two seasons in the UK. He’s a drummer and has performed in over twenty musical shows both on stage and in orchestras. He’s written, performed and directed scripts for short plays and is a proficient tap dancer and occasional stand-up comedian. 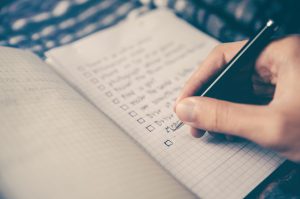 The Key to Achieving your Goals

The start of the year is always one of my favourite times with the unknown promise of what might be and the achievements I will attain! It’s a great stimulus to reflect on past lessons learned, set clear new goals and improve our overall performance. However, there are numerous times I’ve failed to achieve these