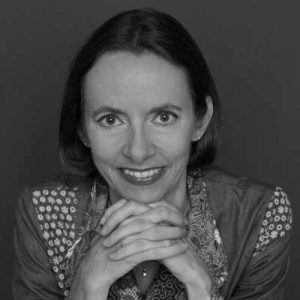 Tania Léger is an Executive Coach and Training Consultant. She has delivered assignment-related intercultural management training programs to senior level executives and their families for over 16 years. Tania has worked with individuals from more than 100 global companies in Singapore, China and the Philippines.

Prior to becoming a Trainer, Tania was an Area Manager for LVMH Watches & Jewellery in Switzerland and Singapore. She studied in Switzerland and Germany; and thereafter worked in various countries in Europe, Latin America and APAC. Tania started her professional career in Europe before relocating to Asia in 2001. She gained extensive cross-cultural experience as an expatriate living and working in Singapore; Beijing, China; and Manila, Philippines, until permanently relocating back to Singapore.

Tania joined a global relocation company in 2003 and worked both as an Intercultural Account Manager overlooking clients in APAC and as a Training Consultant providing Assessment, Cross-Cultural and Repatriation training to executives and their families moving in and out of Asia.

Tania is an ICF certified coach and she completed her certification as an Integral Coach with New Ventures West. She is a Licensee with Trompenaars Hampden-Turner. As such, she can incorporate Dilemma Reconciliation strategies using THT’s proprietary tools within her own training programs. In Singapore, Tania obtained her Advanced Certificate in Training & Assessment (ACTA) from WDA. She is also a certified administrator in MBTI suite instruments.

Born in Switzerland, Tania graduated from the University of St. Gallen with a degree in International Management. She also obtained a Master’s Degree in Management from the Community of European Management Schools (CEMS). Tania is fluent in French, English, German and Spanish and can also speak intermediate level Mandarin Chinese.

Tania is a permanent resident of Singapore where she lives with her husband and their three daughters, who were born in Beijing, Manila and Singapore. On her days off, Tania is a Volunteer Guide with Friends of the Museums at the National Museum of Singapore and at the Asian Civilisations Museum.